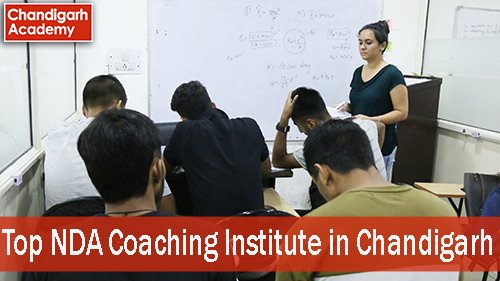 NDA Coaching in Chandigarh – To crack NDA Exam you have to search the Best Coaching Institute like Chandigarh Academy which helps those students to know the tracks of time management with high quality, experienced & complete study material.

We have an expert faculty to prepare who will provide your best NDA Exam Coaching. Don’t waste your time take it seriously who want to make a career in Defence.

At Chandigarh Academy, here is a team of professional trainers who provide NDA Written Exam Coaching in well constructive modules with short tricks as well as smart ways to crack out the written examination. Chandigarh Academy has already got a 100% success rate with its past students in NDA results.

So if you are looking to Join Indian Army, You can start your preparation to join NDA Coaching in Chandigarh at Chandigarh Academy. 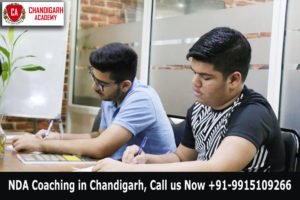 Here we are providing the complete guidance about NDA and you can check all information about our NDA Coaching in Chandigarh.

The National Defence Academy Examination is meant to be organized by the Union Public Service Commission (UPSC) for recruitment into the Indian Army, Indian Navy, and Indian Air Force and for Indian naval academy Course. 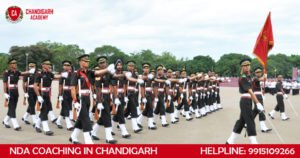 NDA or National Defence Academy is the first step to join Indian armed forces as an officer after class 12th. This is a kind of institution that provides education up to graduation level and Military training. Candidates are Required to pass class 12th with subjects Physics, Chemistry and Maths to apply.
After Clearing Exam, Candidates are required to clear the SSB (Staff Selection Board) Interview followed by a medical test to get selected.

The National Defence Academy is basically the joint services academy of Indian Armed Forces, in which the candidate for the three major services, the Army, the Navy, and the Air Force are trained altogether. This is also known as the world’s first Tri-service Academy.

The written test is followed by SSB, Medical Examinatio\, and all India Merit. Only Boys who have passed class 12th (Or are appearing) and meet the specified age criteria are eligible to sit for this exam. Below is a complete detail regarding the NDA exam which will help to remove all confusion regarding the NDA exam.

NDA exam is an objective type exam, which consists of two papers, one is full of Math’s (300 Marks) and the other is of General Ability (600 Marks), the second is a mix of General Awareness, English, Physics-Chemistry-Biology, etc.

The General Ability consists of:

The aspirant should be of age between 16.5 and a half to 19.5 years as on 1st January of the year the examination.

Marital Sex: Candidates must be unmarried

Gender: Only male candidates are eligible to apply for NDA

How to apply for NDA Written Exam?

Candidates can apply online from the official website of UPSC i.e. http://www.upsc.gov.in/. Important instructions to fill up the application form are as follows:

Admit Card – NDA 2020: Admit card will be available at the official website of UPSC i.e. http://www.upsc.gov.in/.

Result and Selection Procedure: NDA Written exam result will be available after one month from the completion of the exam. After the declaration of written exam result, candidates need to be ready for SSB interview which will be conducted over 4 to 5 days. Based on the candidate’s performance in SSB interview they will be invited for medical test and document verification procedure.

By comparison, English Syllabus for UPSC NDA 2020 is quite limited. The General Ability Portion will require a little extra time to cover.

The question paper in English is designed to test the candidate’s understanding of the English language and workmanlike use of words. The UPSC NDA Syllabus 2020 Pdf covers various broad topics, like

The question paper on General Knowledge broadly covers the following subjects like Physics, Chemistry, General Science, Social Studies, Geography, and Current Events. So, for your benefit, we have indicated below-

The applications have to be submitted through online mode from the official website of UPSC. the applicants are advised to fill the application forms carefully because once you submit the forms, any changes or corrections will not be allowed. They also have to upload the scanned images of their photographs & signatures. Accept the declaration and take a printout of the filled application form for further use. 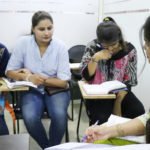 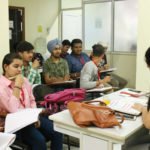 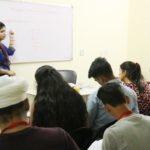 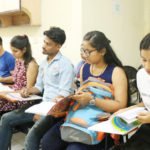 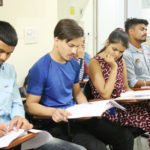 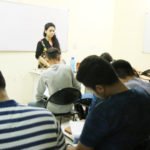 After completing the training at NDA. you will go through a training period of 1 year in different Academy of your lines like AFA(air force academy), IMA (Indian military academy) and INA (Indian naval academy).

Here you will get a monthly salary of Rs 21,000 per month for 1 year and after that, you will be given the post of a lieutenant.

Lieutenant is the starting post in the Indian army for officers.

Again, it is one of the most prestigious posts in India.

Here I am giving you information about starting salary after passing the National Defence Academy examination. During the training period, the amount of stipend (or salary) is Rs. 21,000/- per month.  After completion of training, you will be getting extra
Military Service Pay: Rs. 6,000/- per month.

You will also get allowances like Transport Allowances, L.T.A., Uniform Allowances, Qualification Grant etc. are provided after completion of training.

What is the Duration of NDA Coaching in Chandigarh & NDA Written exam coaching details?

NDA Batches starts from 1st of Every Month To book your Batch, NDA Coaching in Chandigarh Register Now 9915109266

Why Choose Chandigarh Academy for NDA Coaching in Chandigarh?

By all the Information, If you are looking to Join NDA Coaching in Chandigarh & planning to Join Chandigarh Academy, you are most Welcomed to talk with the concerned faculty through a call before Visiting us.

Email Your Query at academychandigarh@gmail.com