The right preparation strategy to clear the Chandigarh Police  Exam. This type of examination requires a good level of intelligence with great practice & lots of motivational sessions. In our Institute, we give complete training and best support to the candidates to get success in Chandigarh Police Exams. 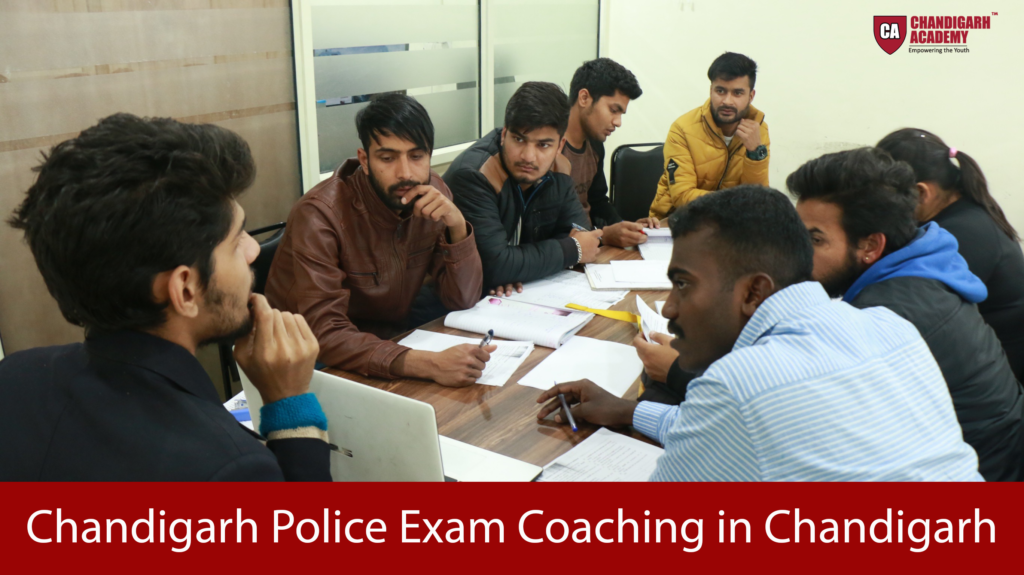 Chandigarh Police was reorganized on 1st November 1966. The first chief of Chandigarh Police was Shri V. K. Kalia, SSP. The post of IGP was created in 1981 and 16 IGPs have been appointing till date. Presently Shri R. P. Upadhyaya, IPS, is the Inspector General of Police.

Chandigarh Police has been playing a key role in keeping the city beautiful as a model City as envisioned by the first Prime Minister of the country Pt. Jawahar Lal Nehru. Though the city planner Le-Corbusier planned the City only for half a million people today its population has crossed one million marks. In order to keep pace with the growing need of the city. Chandigarh Police has taken many steps towards strengthening its infrastructure and management of traffic. The present strength of the Chandigarh Police is over 6000 men and women.

Chandigarh Police has been continuously striving to keep the city safe and secure. Its various units like crime wing, Operation Cell, Security Wing, Traffic Police, etc. keep working round the clock to provide the best policing services to the citizens.

Chandigarh is one of the best-planned cities in India and also a unique place in the world in terms of architecture and town planning. This City was planned for 5, 00,000 people but by 2021 the population of Chandigarh is estimated to be around 19.5 lacs (at the current rate of growth) almost four times for which it was originally built. So, to keep the peace, safety and legalized system, the police department of Chandigarh city need staff expansion so that they recruit new aspirants for various vacancies such as Sub Inspector, Constables, Wireless Operators, and Drivers, etc.

Education Qualification: Higher Secondary (10+2) or equivalent passed at the time of application.

Driving License: It is essential for all category candidates except women candidates to have a valid driving license.

Syllabus: The candidates will be tested on their general knowledge, Reasoning, and numerical abilities. The test will consist of these three in different parts.

Note: During the registration, candidates must use their own mobile number and email ID. Updates regarding recruitment and latest news will be sent to candidates on their phone and email address

Application Fee: The payment needs to be made at bank branches. Apart from the registration charges, candidates need to pay Rs. 50 processing fee at the bank. The application fee is as per the following: General Category /OBC: Rs. 500SC /E.S.M: No need to pay any fee

Details About the Chandigarh Police recruitment 2019:

Contact us for Chandigarh Police Exam Coaching in Chandigarh