CRPF Coaching in Chandigarh – Central Reserve Police Force (CRPF) Exams, Dear candidates Chandigarh Academy is the leading institute for Central Reserve Police Force (CRPF) preparation. CRPF jobs are always lucrative for young blood of our nation. Many candidates come from various states and join Chandigarh Academy because they know this the right place to accelerate their career and prepare them for sparkling the future. 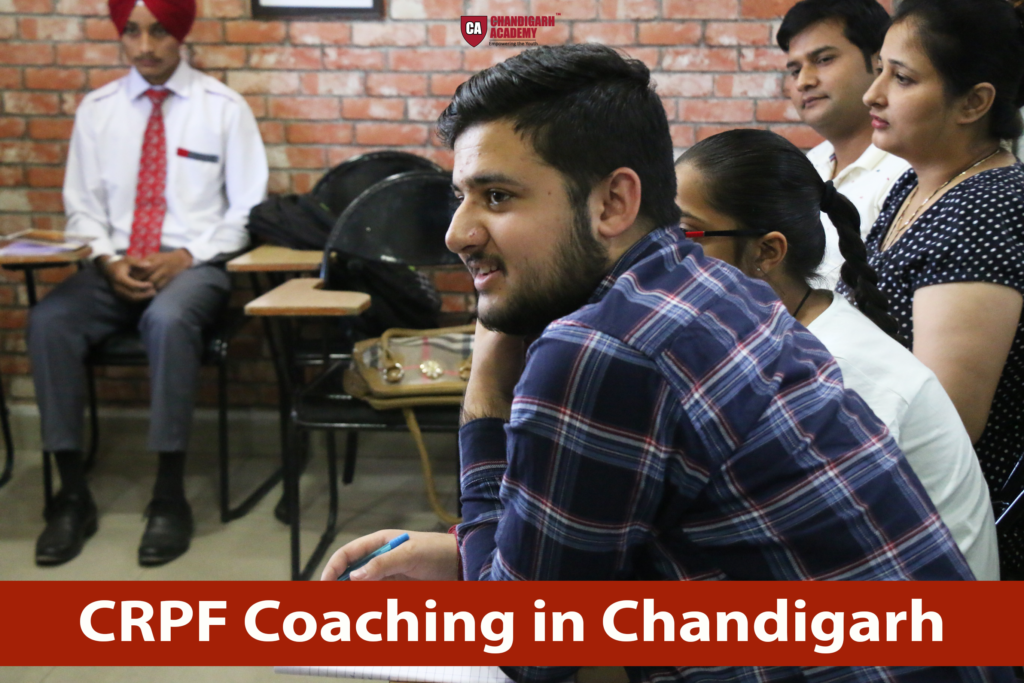 Here Chandigarh Academy is posting an article through which candidates can aware of Central Reserve Police Force (CRPF) exam pattern and further procedure for selection.

The Central Reserve Police Force (CRPF) is the premier central police force of the Union of India for internal security. Originally constituted as the Crown Representative Police in 1939, it is one of the oldest Central para military forces (now termed as Central Armed Police Force). CRPF was raised as a sequel to the political unrest and the agitations in the then princely States of India following the Madras Resolution of the All-India Congress Committee in 1936 and the ever-growing desire of the Crown Representative to help the vast majority of the native States to preserve law and order as a part of the imperial policy.

CRPF or Central Reserve Police Force is a premier and India’s largest paramilitary force of the Armed Force of the Union of India. The main task of the CRPF is to maintain internal security. The CRPF is deployed to perform a broad gamut of duties which includes:

Anyone applying to the position of ASI and SI (Stenographer) must have at a minimum passed their Intermediate (10+2) or equivalent from a board or university recognized by the central or state government.

The candidate should have an aptitude for stenography.

Candidates applying to the position of CRPF ASI and SI (Stenographer) position should be in the age group of 18-25.

The written exam for the selections to the post of Constables shall be based on the objective type multiple choice questions on the following topics as given here below.

There shall be two sections of the paper. The first section of the paper has objective type questions on the following:

The physical standards must be met by the candidates as specified by CRPF. IF the specifications are not met, candidates will be rejected

All those who attain minimum qualifying marks in the Written Examination then need to undergo a skill test to qualify. The transcription test in computer-based while the dictation test is in shorthand strokes.

Candidates who pass all three levels of testing need to undergo a medical examination which is conducted by an authorized doctor.